Why Chromebooks are so cheap?

When people ask why Chromebooks are so cheap, I can only tell them that they lack the computing capabilities of a laptop or a PC. Compared to the ordinary Chromebook, laptops are larger, have more storage, and have more computing power. Additionally, some applications, like Photoshop, aren’t compatible with a Chromebook. However, Chromebooks are great for essential use.

Comparison of Chromebooks with Windows and MacOs

Compared to Windows or macOS devices, it is pretty clear that Chromebooks don’t have all the traditional capabilities, but Chromebooks are attractive substitutes for these devices. Chromebooks are wonderful for their simplicity of use, security, and setup. However, when it comes to more demanding jobs like video editing and gaming, they can’t compete with laptops with more processing power. People are often not clear about the difference between laptops and Chromebooks and can’t make an informed decision about which to buy. Overall, whether or not you’ll get the best Chromebook for your money will be determined by your budget and the purposes for which it will be used.

Who Should Get Chromebook? 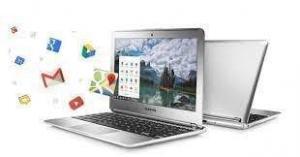 Are you searching to replace a slow-moving laptop or an older MacBook that you can’t afford to replace? If that’s it, a Chromebook could be precisely what you’re looking for. Chromebooks are worthwhile if you’re seeking a less expensive alternative to Windows or Mac laptops and don’t want the extra processing power or software they offer. A Chromebook may be all you need if you’ll primarily be writing, emailing, and using Google services like YouTube and Google Drive. Chromebooks are essential laptops that are ideal for users who want simplicity at a low price.

Chrome OS is the operating system running on Chromebooks, which is simply a chrome browser styled to look like a Windows desktop and cost a few hundred dollars less than a Windows PC. Chrome OS is exceptionally light compared to Windows and macOS because it is nothing more than the Chrome browser. Chromebooks feel zippy even with low-end components. Even with the low prices of Chromebooks, you won’t feel any lag between the screen, and your actions or that you are using a cheap device compared to a cheap Windows run machine because it will not run and the Chromebook.

Even better, it updates itself automatically, and it takes a fraction of the time it takes to install Windows and Mac upgrades. The fact that Chromebooks are so simple to maintain is one reason you might appreciate them so much. It just works, and you don’t have to do anything. It always comes to life right away and never forces you to go through a tedious update and restart routine.

In the $1000 and above range, high-budget laptops usually have 1920x1080p resolution and an excellent metallic build. If you compare Chromebooks and low-budget laptops, you’ll find that they aren’t that much different in display and build: plastic enclosures and low-resolution displays are standard features. Chromebooks usually have a dedicated search key, whereas Windows prioritizes the Windows key.

Chromebooks above $300 have 1080p and below it mainly has 1,366×768 pixels. Chromebooks avoid several budget laptops issues, in addition to their relatively high-resolution display. The plastic casings are not bad, the keyboard isn’t mushy, and the touchpad isn’t shaky, which can’t be said for some budget laptops.

Chromebooks have low graphics processing capability; thus, this isn’t a decent gaming PC. You can, however, play cloud-based games. Google Stadia, for example, is a $10-per-month online gaming platform. Later this year, Minecraft: Pocket Edition will be released for select models.

Chromebooks usually come with 2GB-16GB RAM, typically depending on the price of that particular Chromebook. Still, generally, you’ll get 4GB RAM for an average Chromebook, which can be upgraded for some more money. After all, it does come down to how much you are willing to spend and your needs. How much RAM you have in a device is a crucial factor to consider while buying any device.

Chromebooks are all about the internet and cloud storage. You’ll get a fast SSD, but it won’t have much space. Only a few Chromebooks have 64GB SSDs, although most have 16GB or 32GB SSDs. An SSD as tiny as 32GB may be found in an entry-level Windows 10 laptop, but some feature larger but slower 500GB hard drives. To compensate for the lack of local storage, Google includes 100GB of free Google Drive storage with any Chromebook purchase for two years. Of course, you can also add a MicroSD card 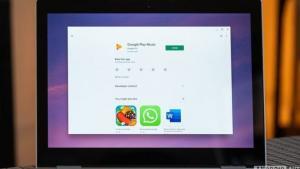 Google provides a few familiar touches to help Windows users feel at ease with the OS, but the similarities end as you open an application. The majority of Chromebook apps open in a new tab in Chrome. A few of them, such as Files, Get Help, and Chrome Remote Desktop, open in their window. Unlike Mac OS Sierra and Windows 10, Chrome OS only employs web apps and does not allow you to install the software. You won’t be able to use Photoshop, Skype, iTunes, or any other non-Chrome application.

Alternatives, including Microsoft’s online versions, can be accessed through the Chrome Web Store. Other options include Word, Excel, Outlook, PowerPoint, and more. Even though Chromebooks rely on web apps, you don’t need internet connectivity to use one. Offline editing of Google Docs and offline viewing of Google Play movies and shows are both possible. Google’s Android and Chromebook groups teamed together earlier this year to bring Android apps on Chromebooks in a process that began earlier this year. As not all Chromebooks have touchscreens, you may have to go along with using a keyboard to control Android actions and touchpad instead of touching and swiping on a screen. The apps that a Chromebook can run and how it runs them is one of the many reasons Chromebooks are cheap compared to laptops.

If you have to work all day long and are fed up with charging your device, again and again, you will appreciate the battery life of Chromebooks that too at such low prices. Chromebooks will allow you to work the whole day without the need for any power socket with high performance, good display, and ample storage. The low processing power of Chromebooks works in their favor; as such, they don’t expend as much power to run the processor, and as such, you get more hours of daily usage without charging your device.

Some Chromebooks come with touch screens, and you can also find detachable Chromebooks allowing them to be used as a tablet. With speech or keyboard access, Google Assistant can operate your smart devices, answer questions, and help you complete activities more quickly. Chromebooks update their software automatically and rapidly, so there’s no need to wait for the next OS update. Chromebooks are not only secure against security breaches, but they are also resistant to wear and tear. They’re tough enough to withstand falls, scrapes, and other mishaps. Some have been shown to withstand water spills and four-foot drops.

Because you won’t have to pay for a Windows software license or Apple branding, a Chromebook is less expensive than a MacBook or other Windows laptops. With a few exceptions, Chromebooks start at about $200 and don’t go much higher than $500, only few make to $1000. A few entry-level Windows laptops are available in that price range, but they can’t run applications any better than a Chromebook. Chromebooks run better and faster than these low-budget laptops. They will essentially do the same thing for you, so I suggest that instead of getting a slow and tedious low-budget laptop, go for the faster and snappy Chromebook. Even the high-end Chromebooks are cheap compared to the high-end laptops that you’ll find in the market.

Is Chromebooks Worth It?

If you’re asking yourself, why should I buy a Chromebook instead of just getting a low-budget laptop. They both have mostly the same specs, both have low RAM, low processing power, aren’t gaming PC’S, are cheap, but let me tell you, there are significant differences between the two. A low-budget laptop won’t work as well, it will be slow, and over time, it will just get tedious using the computer, and you’ll always be looking for the charging port with it. Instead, if you buy the Chromebook, it will be run great, it will be fast, and you won’t have to worry about charging it before 8-9 hours of usage for the average Chromebooks and more for Chromebooks with the best battery life. Finally, if a Chromebook meets your needs and fits inside your budget, it’s a good investment.

Who should NOT get a Chromebook?

Suppose you expect to use your computer for video editing or gaming regularly. In that case, Chromebooks are not worth it because they run slower and don’t support the apps that traditional high-end laptops do. A Chromebook is not for you if you are not a fan of Google products. Also, if you often need to use MS Office, Chromebooks are not for you. You can utilize Office apps for Android or Office Online, but these services don’t have all of the features of their desktop counterparts. Don’t go for Chromebooks if you need one of these features of a regular laptop.

Chromebooks are Cheap because they have less processing, and they are mainly designed for web-based work, live web surfing, making balance sheets and presentations, reading books, and writing. They are way better than cheap laptops in RAM and storage (Free Cloud Storage support), Display, and style. But if you love to play games, need to do video editing, or don’t like Google Apps, then I suggest you don’t go for Chromebook.