Are you confused with what is a 4K Display monitor?

Here we have got answers of all your questions so stay with us till end. 4k display monitors are special monitors having horizontal dimensions of roughly 4,000 pixels. A 4K monitor, commonly known as an ultra-high-definition (UHD) display.

The most popular definition of 4K Display Monitor is 3840 x 2160 pixels (corresponding to a display that is around 4000 pixels wide), which has precisely twice as many pixel rows and columns as 1080p (1920*1080 pixels) and four times the overall pixel count, all while maintaining the same 16:9 aspect ratio.

On UHD panels, the material is simply more detailed and crisper than on 1080p and 1440p monitors. With the most excellent 4K monitor of 2021, you can enjoy that 4K resolution bliss. 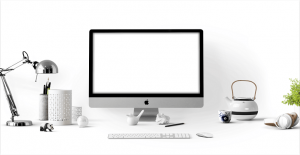 Whether you’ve joined the 4K gaming bandwagon or simply like watching all of your favorite shows and movies in 4K, only a high-quality UHD monitor can do justice to all of that material. For your favorite TV shows, movies, and games, higher resolution means more incredible details and picture clarity, as well as more screen real estate for spreadsheets and web browsing.

What does a 4k monitor provide?

The 4K display monitor are available in various sizes, but the most popular is 24-, 27-, and 32-inch. The amount of pixels on the screen is the same for all display sizes. The pixel density measured in dots per inch is the most significant distinction between them (DPI). A 4K resolution at 24 inches differs significantly from a 4K resolution at 32 inches or larger. Larger sizes have a reduced pixel density without display scaling, but they are arguably more “usable.” On the other hand, a high pixel density makes it impossible to detect individual pixels with the human eye. This results in a crisp and appealing image. We all want to know that we’re watching our favorite shows, movies, and video games on the highest-resolution screens available. It improves the quality of the experience and brings out the best in our favorite media.

A 4K display is one of the newest ways to experience media from a whole new viewpoint, but determining if it is the best choice for you can be challenging. There are a few distinctions between the most recent 4K monitor models and the one you might have on your desk right now. One of the most important is the pixel quality, which is far superior to screens available in recent years. 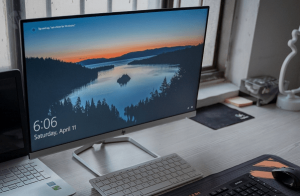 What determines if a monitor is 4K?

4K resolution is 3840 x 2160 pixels. If the display you have attached has this setting in ‘display’ (assuming you’re on Windows), then yes, it’s a 4k monitor.

Professional Use of 4K Monitor

If you’re a content provider, a 4K display may seem appealing since you’ll be able to supply your subscribers with the highest possible visual quality. In fact, thanks to the improved image quality with more vivid details and greater screen real estate, video and picture editing will be more fun.

One thing to consider is your computer hardware. Depending on how complicated your films are and what format you’re using, rendering 4K footage demands a lot of RAM, a powerful GPU/CPU, and additional storage. So, though you can obtain a 4K display for a low price currently, the gear required to effectively power it for various applications is still costly.

With a new display, your computer system may appear and behave differently. The size you pick affects what you see and how the images appear on your monitor. Because the screen is meant to display high-quality photos and movies, bigger is usually preferable when picking a 4K display monitor.

What about 4K monitors for Gaming?

4K displays have taken off in the gaming world. As PC gaming visuals improve, it makes sense to upgrade your display to receive the finest quality from the most recent titles. Lower-pixelated screens aren’t as sharp as 4K screens, and if you’re a committed gamer, it may be worth the expense to enjoy your games at their best.

You may need to upgrade to a newer, high-end graphics card to play and see games correctly on a 4K monitor. These can be pricey, but depending on how much you play, the investment may be worthwhile.

When gazing at a 4K screen, it’s also vital to consider the refresh rate. The picture might look sluggish when the action goes too rapidly. A monitor with a refresh rate of 120 Hz may suffice, although 144 Hz is preferable. Anything lower would suffice, but the visual quality would suffer.

As these higher-resolution panels become more popular, gaming developers are likely to adapt as well. While you will notice a difference while playing older games on a 4K screen, they will not be tuned to function at that resolution like the most recent releases.

You should expect more new material that looks wonderful on one of these panels as 4K becomes more commonplace and less of a high-end upgrade. However, both Sony’s and Microsoft’s upgraded systems – the PlayStation 4 Pro and Xbox One X – already contain many 4K titles.

Some software has been upgraded to support 4K, making new display values even more enjoyable. While you can always scale your operating system, many apps haven’t caught up yet, and it’s showing. This can also be seen on older browsers and websites that aren’t updated as frequently and display as a single column on your screen.

What is the difference between 4K and HDR?

Over the last several years, 4K display monitors have become relatively widespread, and their popularity has sparked an interest in high-resolution screens. The creation of HDR (high-dynamic range) displays, which produce brighter and richer colors, is one outcome. This visual enhancement has the potential to transform suitable material into something spectacular. On the other hand, this technology may be fairly costly, and it is more suited for watching movies than for using it as a computer display.

Many 4K screens support HDR10 devices, making them cheaper and allowing more material than higher-end, purely HDR displays. HDR can also be mislabeled, with some companies claiming to offer it when they offer 10-bit color on an 8-bit screen.

Overall, a 4K display may be a superior choice since it provides customers with a standard that HDR does not. This is especially true if you want to replace your television with a computer monitor, as 4K is expected to be integrated into more games and programs in the future.

Does a 4K monitor make a difference?

Display scaling on mac and windows

Scaling is a way for both macOS and Windows to get around the problem of 4K displays on tiny screens.

This is as easy as changing a slider in System Preferences > Display on macOS. On Windows, go to Settings > System > Display and change the “Scale and Layout” choices.

Display scaling enlarges onscreen objects such as windows, buttons, and text to be easier to view and utilize. On a modest 24-inch panel, native 4K resolution would be a nightmare. The tiny lettering would be challenging to read, and clicking onscreen buttons would be challenging. You may take advantage of greater pixel density without sacrificing too much usefulness by raising the size of windows and other fundamental OS features to display. You’ll have to determine which end of the spectrum you like when it comes to balancing size with more screen real estate.

On Windows 10, high DPI scaling is still a work in progress. Know what problems others have had with a 4K display and Windows, so you know what to expect. You don’t have to be concerned if you own a Mac, though.

Things to Keep in Mind When Going 4K

Because most 4K displays are 27 inches or bigger, having enough workspace is necessary for anybody considering the upgrade. If you have space on your desk, don’t forget to include the monitor stand. These frequently take up a large amount of vertical desk space.

You’ll also need to consider if your computer, especially if it’s a laptop, can run a 4K display monitor. Instead of having an integrated GPU, you should go for a discrete one. This is particularly important if you want to utilize numerous monitors or a laptop with an external display.

Most PCs will suffice for regular desktop work, online surfing, and other office chores. Be prepared to utilize sub-4K resolutions for more intense tasks, such as playing games or interacting with 3D objects in tools like Photoshop, if your system isn’t powerful enough.

It would help if you also thought about the price-quality connection. True, 4K panels are far less expensive than they were previously. However, there is still a discernible difference between a low-cost 4K panel and a higher-cost lower-resolution screen (like 1440p, also known as 2K).

A 4K screen may add a lot to current media as display quality becomes more and more critical to consuming media. The technology is spreading, and it won’t be long before practically all of our screens have higher resolutions. If you choose a 4K display, you’ll be able to appreciate your computer in new ways and see things you wouldn’t have seen previously, owing to the improved quality and technology.