Unreal Engine 4 is the most powerful video game development technology currently available. Many games are made on it, that includes Daylight, Dead Island 2, Space Hulk: Deathwing, Fable Legends, and Tekken 7 and many more.

What is Unreal Engine 4?

It’s a professional set of tools for creating high-quality games and apps across a variety of platforms. Epic Games created it, and it is regarded as one of the most open and powerful real-time 3D design tools. In this article, we’ll go over the system requirements for Unreal Engine 4 so that we can get the most out of it. 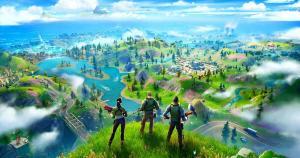 The user can select from a number of templates, including collaborative multi-user design on PC, VR devices, and a highly realistic sun and sky environment for architectural visualization. Complex animation behaviors can be created and controlled by users.

Unreal Engine 4 is one of the most widely used video game engines. It’s also completely free. The best part is that, thanks to the client who sponsors it, you have direct access to a number of lessons that will assist you in learning how to utilize it. Regardless, it’s not an easy task.

Unreal, like most software makers, has a list of system requirements for unreal engine 4 that you may use to make sure your system’s hardware fulfils their minimal needs. Most “system requirements” lists, on the other hand, tend to cover simply the bare minimum of what hardware is required to execute the software, rather than what gear will provide the best performance. Furthermore, these listings are frequently out-of-date, contain obsolete hardware revisions, or contain sub-optimal hardware. 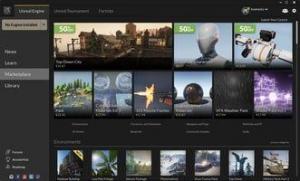 Due to the inconsistency of such lists, we’ve taken the time to compile a proper list of laptop components for Unreal Engine 4 system requirements in order to evaluate which hardware performs best with Unreal Engine. As a result, we’ve compiled our own list of hardware recommendations.

When buying a laptop or other item, the first thing that comes to mind is the budget. Set a high budget for a laptop for game development because you’ll be working in a professional business where you make as much as you spend. Always choose for a high-priced yet dependable equipment. Your equipment must be able to solve your problems while staying within your budget. As a result, regardless of price, choose the computer that best meets your needs. It might be able to run Unreal Engine 4. It’s a one-time investment .

One of the most crucial components of an Unreal Engine development workstation is the processor (or CPU). While many other components of the system have an impact on performance, the CPU is the most important piece of hardware that affects everything you do. Unreal engine 4 minimum system requirements include the latest processors in the market place with a high core count.

The AMD Ryzen 9 5900X Twelve Core is an excellent pick for most consumers. This CPU has 12 cores and 24 threads, which should be plenty for most people. More cores are always beneficial if price allows, and the Ryzen 5950X Sixteen Core shows to be a decent improvement.

There are a number of high core count CPUs available for people that need the highest possible performance for heavily threaded operations like designing lighting and developing the engine from source, depending on both your budget and the performance you require. However, because high-core-count CPUs like the AMD Threadripper 3960X can be slightly slower for other tasks, we usually only recommend one of these high-core-count CPUs for customers who spend a lot of time building lighting or compiling.

Unreal Engine currently just uses the video hardware to display visuals on the screen. Many apps in other sectors have begun to use the GPU for other duties as well, however the Unreal Editor has yet to adopt this. As a result, a faster video card will give you a higher FPS in the viewport or in a standalone game, but it will most likely not boost your productivity in other tasks.

NVIDIA GeForce RTX 3070 8GB, which gives amazing performance for its pricing and has the power to handle multiple displays without a problem, is one GPU that is more than simply the unreal engine minimal system requirements. The NVIDIA GeForce RTX 3090 24GB, with 24GB of VRAM and excellent performance for the price, is one of the top GPUs for game development, virtual production, and architectural visualization, and comes highly recommended if you plan to create VR content.

Graphics card for syncing other workstations

The extra power is useful for games that haven’t been optimized, and the huge quantity of VRAM makes it acceptable for workstations with three or even four 4K displays. NVIDIA Quadro RTX 6000 24GB gives the ability to sync several systems together, as well as video walls and some video cameras. For some Virtual Production operations, this is a critical feature.

Gaming or creating your own games, as well as any visual design jobs, require laptops with good graphic quality. So just bear in mind that you won’t be getting a laptop with great graphics. With excellent image quality and a huge display, as well as a good memory! You’d be consuming far more than the minimum system requirements for Unreal Engine.

A laptop with a fast DDR4 maximum or upgradeable RAM capacity is always preferred. Unreal engine minimum system requirements are at least 8GB of RAM. The quantity of RAM you’ll require will be determined by your project and whether or not you’ll be doing RAM-intensive chores like constructing lighting. However, we recommend 32GB of RAM for most people as a general rule. If you’re building lighting that takes more than a few hours, you’ll need 64GB+ of RAM.

If you’re a professional gamer, keeping this feature in mind when choosing a laptop is critical. Select a laptop with a 14-inch or 15-inch FHD IPS display and the fastest possible response rate. LED and Retina displays will be used in the majority of applications. Also look for a bezel display, which has more natural display elements.

Depending on your specific demands and requirements, three distinct types of storage choices are available:

Standard SSDs, such as the Samsung 860 EVO/Pro, are a must-have in today’s workstations, particularly as the primary drive for the operating system and application installations. They are pricey, but they are fast, letting you to run Windows and apps much more quickly.

Samsung 970 EVO/Pro PCI-E x4 M.2 NVMe SSD drives are around 30% more expensive than regular SSDs, but they’re five times faster! However, because a current standard SSD is already so fast, it is rarely a performance bottleneck, you would not notice much of a speed difference in most circumstances. However, you will be able to open some projects faster with an NVMe drive, making it handy as a project drive.

Get a laptop with a maximum capacity SSD hard drive, as SSDs are speedier than traditional hard drives in newer and older computers. The SSD storage on your laptop should have a minimum capacity of 256, 512, or 1TB. You’d be able to save a lot of important information and work quickly. You’ll need to run a lot of different software, which will entail the use of a lot of different tools. As a result, make sure you have a laptop with sufficient storage.

What Are the Advantages of Unreal Engine 4?

Users of Unreal Engine 4 will benefit from a variety of features. A few of them are featured in the list below.

Unreal Engine 4 can handle a wide variety of projects

One of the main reasons why people select UE4 is because of its flexibility. Whatever the project, it is capable of handling it effectively.

Many developers have praised UE4 for its technological powers. If you’re working on a shooter for a project, this platform is for you. Its toolkit and codebase are designed to facilitate that kind of interaction.

Unreal Engine 4 includes access to C++ source code, which allows for greater flexibility. As a result, the developers have been forced to alter the engine to suit their needs and to solve the engine issue themselves when it becomes crucial.

The main reason an engine is an excellent tool for development and iteration is because of Blueprint, UE4’s visual scripting interface. You can drag and drop nodes and connect them with wires, as well as add logic. As a result, designers with no technological expertise can experiment with their ideas without having to know how to code.

UE4 is well-suited to larger teams and games with a wide range of content. In this regard, this engine is the market leader. It can also handle huge scenes with a high number of actors. Unreal Engine 4 is superior in terms of scope.

What Are the Disadvantages of Unreal Engine 4?

Despite being the best, it has a few defects and cons.

Unreal Engine 4 is too much engine for small scale games

The UE4 engine is designed for large-scale games. So, when aiming for little initiatives, think carefully. Similarly, it is the engine for massive projects that require a lot of features from various complex systems.

Unreal Engine is hard to tackle without technical expert knowledge

Though Blueprints make UE4 usable for non-technical professionals, several features of it remain difficult to grasp without technical knowledge. A programmer will also be useful, although even with that, this engine has a severe learning curve.

Unreal Engine 4 can struggle with a large number of data

Despite being a superb engine for large-scale project development, if you try to go too big, you’ll rapidly meet its limit. As a result, numerous areas of development are affected. Furthermore, once they reach a certain size, the editor’s ability to modify them effectively begins to deteriorate. Some performance issues will be tough to resolve as well.

Across all platforms, Unreal Engine 4 provides one of the most photo-realistic experiences for content. It also gives consumers access to tens of thousands of high-quality assets and plugins. Furthermore, this tool gives the user access to the whole kit, which includes the scenery, characters, animations, music, and so on. UE4 is a cutting-edge real-time 3D creation software. It also enables artists across industries the freedom and control to generate amazing quality content, interactive experiences, and immersive virtual worlds, in addition to serving its original goal.

To use Unreal Engine 4 (UE4), you’ll need to keep Unreal engine minimum system requirements in mind. You’ll need at least a PC running Windows 10 64-bit or a Mac running Mac OS X 10.9.2 or later. A quad-core Intel or AMD processor running at 2.5 GHz or faster is necessary, as well as 8 GB of RAM. A DX11 compliant video card is also required. Unreal Engine 4 will run on desktops and laptops that are less powerful than this recommended, but performance will be reduced.

We have detailed article on best laptop for unreal engine 4, do read it to get best products with detail speccification and buying guide to help you make good choice.