This is a comparison article between the Ornata and the BlackWidow chroma and in some cases the black widow X so I decided to go ahead and do a comparison between all three keyboards so that you can get the best representation of which keyboard is right for you. 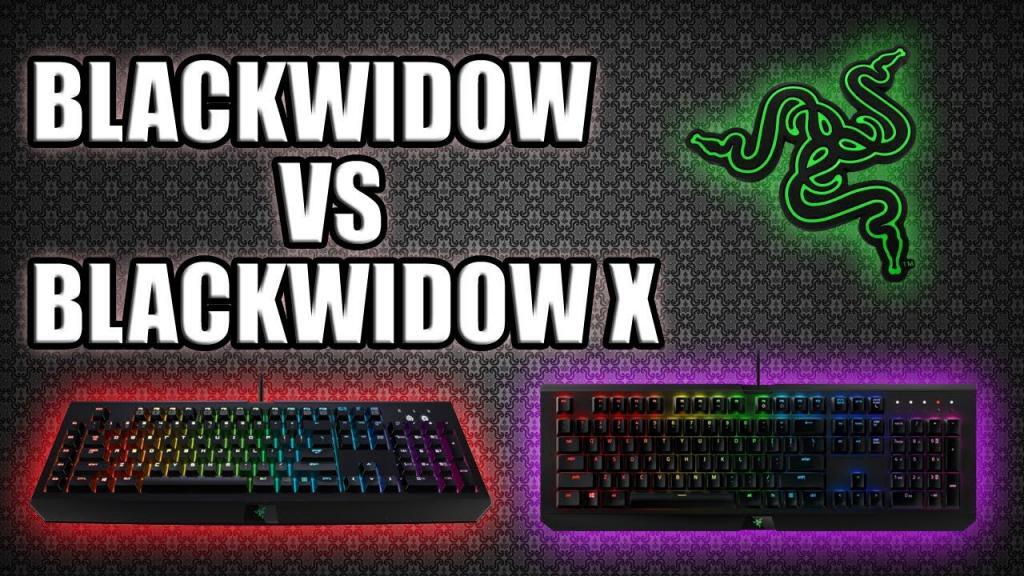 Overall, construction and design the Armada chroma is made entirely of plastic however it does feel fairly solid more than any other membrane keyboard I’ve used in the past in terms of flex the BlackWidow chroma is made up of both metal and plastic comprised of a metal backplate which is housed in a plastic case.

Each keyboard has its own style of LED indicators as well the black widow has by far the worst they’re barely recognizable and consist of an LED under the top cover that barely shines through the Black Widow ex uses green LEDs that illuminate over their respective symbol which goes with the keyboard simplistic design.

The Ornata has probably the best indicators of the 3 which consists of a clearly illuminated symbol as you can see these 3 keyboards have very different styles. No doubt, visually these keyboards will appeal to each of you differently looking at the key caps.

The BlackWidow chroma uses Razer signature blocky font which is definitely the most stylized of the three keyboards. The Black Widow ex and the Ornata both use clean minimalistic fonts which personally is what I prefer.

Each keyboard also has its own look in terms of LED lighting all three keyboards offer sixteen point eight million color RGB backlighting with perky illumination through Razer synapse 2.0 software almost all of the synapses preset lighting effects are available in all three keyboards.

And lastly, the BlackWidow chroma as of now at least does not have either of these effects the underbody of the Ornata is made up of a somewhat translucent white plastic that accentuates the light coupled with the mid-height keycaps it makes the keys appear to float over a bed of light.

And as you can see it looks pretty stylish the BlackWidow chroma is similar to the Ornata in that it has a white backplate underneath the switches to reflect some of the light up through the keyboard while filling in the gaps between the keys with light the Black Widow ex takes a totally different approach.

The black metal backplate doesn’t do much to reflect the light resulting in brilliantly lit keys but it has much less spilling into the spaces in between them this makes the Black Widow ex a great option for those who like RGB lighting.

But don’t necessarily want a super bright keyboard that can be potentially distracting I actually designed a white backplate mod for my Black Widow ex that made it reflect light like the other two keyboards.

I’ll link that video down in the description if you want to see how I did it the Black Widow and the Ornata chroma, on the other hand, is definitely a better choice.

If you’re mostly concerned with putting on a great light show also something that’s worth mentioning is that the Razer logo is illuminated in both variants of the Black Widow but is not illuminated in the Ornata but instead is embossed in the wrist.

One advantage the BlackWidow chroma has over the other two is that you can get it in the Razer green or Razer orange switch allowing you to choose the kind of tactile feedback you like the most the Black Widow ex in the Ornata is only available with clicky versions.

In the Ornata the green switches in the Black Widow ex and the orange switches in the BlackWidow chroma the actuation force of the mecha membrane keys in the Ornata is not currently published in the keyboard specs but it feels heavier than razor’s mechanical switches which have an actuation force of 50 grams for the green version and 45 grams for the orange version.

You are not it feels like it’s more around 60 to 65 grams in terms of extras the BlackWidow chroma far exceeds the other keyboards thanks to its five dedicated macro keys and the inclusion of a USB and audio pass through the Ornata is the only keyboard out of the three to come with a wrist rest which attaches magnetically to the keyboard.

All three of these keyboards have a braided USB cable with gold plated USB connectors there’s also the issue of the price the or nada chroma is a which is a little bit expensive for a membrane keyboard the BlackWidow chroma can be found on Amazon.

Before I tell you my opinions I just want to make it clear that choosing a keyboard is a very personal choice there are many factors that make a keyboard desirable for someone that is unique to each person at the end of the day.

Choosing an experience you enjoy and a look you prefer is always the right choice over what might be considered the best option out there in my comparison between the two black widows I got hundreds of comments asking which keyboard was better for various things so I’ll try to do my best to give you a few examples of what I think might be the best in certain situations.

Hopefully, these will help some of you out when trying to decide between the three if you’re most interested in the brightest most vibrant LED experience go with either the Ornata or the BlackWidow chroma if you want a clean premium feeling professional looking keyboard then I highly recommend the Black Widow ex, if you want the most features and options than the BlackWidow chroma is the only choice that makes sense.

If you want the best performance while gaming then I highly recommend going for one of the black widows because mechanicals is far superior to membrane keyboards if you want to take it a step further than that the BlackWidow chroma with its five macro keys will give you an edge in certain styles of games well.