The CPU fan is the most critical component for any computer system. It cools down the processor and prevents overheating that will cause your computer to malfunction, or worse yet, become a fire hazard. If you are interested in an easy way to control your CPU cooling fan speed without going through tedious bios settings, this post is perfect for you! Here we’ll show you how to change CPU fan speed without bios.

However, if you have decided to change your cpu cooling fan then you can buy from amazon by clicking on the link below. 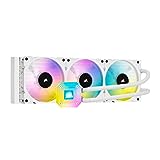 How to change your CPU fan speed without BIOS?

You can change your CPU fan speed is by using third-party software designed to manage your PC fans. By enabling the “Smart Fan” mode in the BIOS menu, your system will be able to adjust the fan speed based on CPU temperature dynamically. However, this option may not work as intended depending on your PC manufacturer, so you should check your computer manual.

We have picked two applications to help you control your CPU fan speed without bios settings: SpeedFan and RMClock. These programs are free, easy to CPU fan speed; click on the “AUTO” button. This will reveal additional options for choosing your desired temperature threshold before triggering automatic control of CPU fan speed.

SpeedFan and RMClock are free software that allows you to monitor and control the CPU fan. They also support other computer fans such as case, chipset, NB, ALR, etc… You can download them from the links below:

1- Download SpeedFan here. 2- Once in the install menu, check the “Chassis, CPU, and ALARM” menu.

3- Download RMClock here. 4- Once in the install menu, uncheck all options except for “CPU Fan Control.”

6 – Now, after booting up your computer, open each program and configure them.

Well, we showed you how to control CPU fan speed without going through the bios settings. You can use SpeedFan or RMClock to change your CPU fan speed with bios automatically. They’re both free options, so whatever you choose, it’s all good!

However, we have also covered the other topics regarding CPU fan speed below.

How to change CPU fan speed through the bios setting?

Here is how to change the CPU fan speed through the bios settings menu:

1 – Press the “DEL” or “F2 ” key during the boot-up process to enter the BIOS menu. This may be different depending on your pc manufacturer, so you should check your computer manual.

2 – Once in the BIOS menu, look for CPU fan settings. These settings may be located under the Chipset, Power Management, or Advanced menus.

3- Change CPU Fan to 100% and choose apply and then exit to save the setting and restart your PC. You can also enable ” Smart Fan Control” if available.

The different types of cooling fans and their differences

There are many types of cooling fans in the computer world. Some have high static pressure suitable for radiators; others have high airflow capacity, ideal for case cooling.

Why do I need BIOS settings to control the fan speeds?

The most common solution is that you cannot replace your motherboard’s stock fan with a different voltage curve or PWM settings.

You can try using rpm signal converters that plug into your case’s fan connector and convert the voltage or PWM signal to make your new fan spin at the same speed as the original one. But this solution has its issues.

The CPU fan is usually attached to the power supply with four pins. By controlling the voltage supplied, you can change the speed of your CPU fan. However, manufacturers provide only three states for these computer fans: off, complete, and idle speed (or slow speed). Also, most motherboards ship without software that can control CPU fan speed. That is why we have to resort to a 3rd party software solution.

Why should you care about how fast your CPU fan is spinning?

There are many reasons why you should care about the CPU fan speed in your computer. First, it plays an essential role in keeping your CPU cool when at load. Second, when you overclock your computer (for example, raise the FSB), increasing the fan speed is necessary to keep your CPU safe from overheating.

Third, an old CPU fan could lead to heat buildup inside your computer case. If not controlled, this heat could potentially damage other components in your computer system.

For these reasons, you must know how fast your CPU fan is spinning and that you can control its speed, or at least regulate its speed by tuning the duty cycle. For example, you can slow down the fan at idle or light load or completely turn it off. Conversely, you may need to speed up your CPU fan at load so that heat can be quickly dissipated from your computer case.

You can open up your computer case to see what’s inside.

But keep in mind that this will void your warranty with most manufacturers.

Also, make sure there are no electrical components (like the power supply) turned on while you do this. You don’t want to get shocked by an electric current or start a fire!

Do not touch components with metal objects like your computer screwdriver. You could short circuit something or create an electric shock hazard.

When should you replace your CPU fan?

If you cannot change your CPU fan speed with BIOS settings or the strap, it’s time to replace your CPU fan. An old computer case can lead to an overheating problem if there is no proper airflow inside the case.

And knowing how fast your CPU fan is spinning will help you make better decisions on whether to upgrade that CPU fan or not.

There are different ways to control the speed of a computer fan. The one we discuss here is the PWM method, in which a hardware chip built-in your motherboard or called “CPU cooler” changes the voltage supplied to the CPU fan when needed.

For this approach, you can’t change the voltage that is supplied to the CPU fan. However, you can set it either on full speed or on slow speed (idle).

PWM stands for pulse width modulation, which means that your motherboard will send pulses of variable widths to control the power (or voltage) supplied to the CPU fan. However, with this approach, you cannot regulate precisely how fast your CPU fan will spin. This is where the rpm signal converters come in.

An alternative method to controlling CPU fan speeds is cooling zones, which divides your motherboard into sections for powering CPU fans separately. However, this approach requires hacking your BIOS or UEFI with an overclocking tool that can control the fan speed on the hardware level.

This article taught that manufacturers provide only three states for CPU fans: off, full speed, and idle. Also, BIOSes don’t have controls over fan speeds either. That’s why we have to install a software solution to control the CPU fan speed automatically.

Best Laptop for Streaming Movies
How to connect ps4 to laptop with HDMI?