Gamers are very concerned about their gaming systems, and with the booming streaming trend, many ask how much ram for streaming and gaming.

People invest more in CPU and GPU gaming systems, and RAM comes as their second priority. But when it comes to stream games, I highly suggest you not overthrow the importance of RAM.

RAM stands for Random Access Memory, and it is a temporary memory that stores the currently active or running application. That’s why while working on multiple applications simultaneously, large RAM is recommended.

And while streaming games, you are not using just one application but at least three; one the game itself, then streaming software, and after that any gaming platform like FB live or Twitch.

The simple answer to how much ram for streaming is 16GB, but if you spend more than getting 32GB, it is also a good choice; it will allow you to run more applications at once without any lag.

Let’s deep dive into getting the answer of how much ram I need for gaming and streaming, with possible choices available according to budget.

How much ram do I need to stream?

How much ram for streaming is a very subjective question, and it mainly depends upon the type of game you are going to play along with the streaming platform and, most importantly, the Budget thing.

If you don’t have any investment issues, I recommend you go for 32GB to allow you to play any game on any platform without any restriction.

Before making any decision, always check the RAM requirement of your favorite game; for example, GTA 5 requires 8GB of RAM while Fortnite demands 4 GB of RAM, but the game is not the only thing you’ll play on the laptop there also be more applications installed.

Moreover, the steaming Platform also requires RAM along with the game. Like twitch need at least 2GB of free RAM, and if you are using FB live stream, then chrome will also take RAM.

That means you can’t GTA 5 on an 8 GB RAM laptop, but for playing Fortnite, 8GB is fine. Again I’ll suggest you make calculations and do thorough research before buying.

Is 16GB ram enough for gaming and streaming? 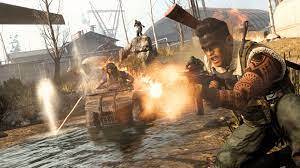 The sweet spot for a gaming setup, as well as a streaming arrangement, is 16GB. Even at full 1080p, 16GB should suffice for most games of AAA titles. You won’t feel any lag whether you play any game.

But if you wish to stretch the limits and stream 4K quality resolution, this kind of system can also be partnered with a powerful CPU and GPU.

For this, I suggest you equip your system with the intel core i7 latest 9th or 10th generation, and if you can invest more, then i9 will be a fantastic combination. It’ll let the computer or laptop run at a superfast speed.

Here I want to tip:

if you are passionate about gaming but lack financial resources, go for gaming desktops instead of laptops. Features that you’ll get in the best gaming laptop under 1200, you can easily have them under 500 or 700 bucks you have made a compromise on portability and allocate a permanent spot for desktop.

Is 8GB ram good for gaming?

8GB RAM can not be regarded as suitable for gaming, but if you are tight on budget, then 8 gigs of ram are enough for gaming and streaming at480p or 720p, which is not best but can do the job for you.

You may want to adjust the quality of your games to fit the capabilities of your setup, which will make everything run a little more smoothly.

I tried streaming GTA V with a Core i5 processor with a clock speed up to 3.8 GHz and the Asus graphics unit of GeForce GTX 1050 2GB Phoenix. For 720p, I set it to medium, and for 1080p, I put it to low. The game played smoothly and at a good framerate.

From this, it can be concluded that 8GB RAM can play games and stream; all you have to do is make some arrangements cleverly.

I have tried streaming Battlefield 1 with the same configuration as before. It can run the game, but you might expect stuttering and response lags even at the lowest settings when streaming, which means the quality of your stream may not be up to par with these specifications.

Is 12GB ram enough for gaming?

Yes, 12 GB RAM is good enough for gaming; all the games you play on 8GB at the lowest setting can now play on medium or highly optimized settings.

This RAM configuration should be able to stream in 1080p as well. But that depends upon gaming software.

But have you noticed you won’t hear much about laptops that have 12 GB RAM? Isn’t this sound a little weird to you?

RAM is often available in 2GB, 4GB, 8GB, and 16GB modules. As a result, a 12GB system may appear unusual. It means you may have a single 4GB and 8GB stick, 3x4GB sticks, or non-identical RAM, which isn’t good.

Don’t worry, this isn’t any problem, and your computer/laptop will still be able to run all games. However, you may encounter compatibility complications in this situation.

In addition, there’s a reasonable probability the dual-channel Platform won’t operate. As a result, having 2, 4, 8, 16, or 32GB of RAM, preferably double or four sticks, is optimal. Although a single stick might suffice, you would be preceding some of the advantages of a dual-channel platform. Make sure your laptop or computer RAM has dual-channel platform compatibility.

What is the difference between single-channel and Dual-channel RAM? 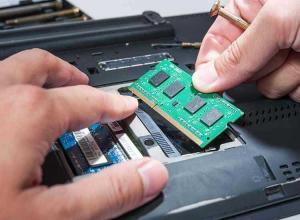 If you are new to gaming and building your first gaming setup, these single-channel and Dual Channel terms might confuse you. It’s important to know what they are

When a gaming system has only one RAM attached to the motherboard, this is known as single-channel RAM, and all data is saved here while running applications. This might get slow and sometimes affect the frame per second rate.

But if you use more than one RAM, then it is known as dual-channel RAM. A dual-channel arrangement boosts data transfer rate by allowing your Memory to leverage multiple channels compared to a single track. It is possible to achieve this by using two or four identical RAM sticks.

So if you are planning to insert 8GB RAM, I suggest you go for 2x4GB RAM sticks instead of having one 8GB RAM stick.

Although there is just a tiny difference between gaming, using a dual-channel platform for memory-intensive job tasks like encoding, rendering, and streaming would benefit a user. Therefore, if you must choose between the two, choose the dual channel.

Some motherboards have different colors in each RAM slot to help you differentiate slots. If you prefer a dual-channel arrangement, this will show you where to insert each RAM stick.

You have to put identical sticks of RAM with matching colors, or you won’t be able to use the dual-channel Platform.

The sound of 32GB RAM for streaming is just incredible; it lets me imagine superfast speed, freedom to play any game, expand my gaming career without thinking much about hardware.

But many people consider it as overkill, but I believe if you have finance, why not make an investment that counts in the future. And if you like to play games that support modding, then it requires large RAM.

Modding is the Modifications to the base game done by fans and users. Its objective is to enhance the user’s game experience by adding some additional features and functions that are not present in the main game. Such games are loved by creative people who like to add new things to everything.

Games like Minecraft, Skyliner, fallout, half-life are some of those games. More extensive the Mod community, more fun and competition in playing.

Minimum requirements for streaming on Twitch

If you are a gamer and want to expand your e-gaming career, you should play tournaments and stream on Twitch. That’s why you have to spend little on gaming setup to stream Twitch.

The minimum requirements for streaming on Twitch are:

How much ram for 4k gaming

4K gaming is a dream of every streamer; it lets you stream at 3840 x 2160 pixels, which is incredible. It feels like you are on an actual battlefield or running on a real soccer ground.

For this, you need at least 12GB-16GB RAM; unfortunately, you cannot do this on 8GB RAM capable of streaming at 1080p resolution max.

GPU does not have a direct affect on streaming quality. It is a graphics processing unit that is responsible for graphics rendering. Having a low-end GPU force you to play games at low settings means you have to stream at 360p or 720p video quality.

And some games have hefty graphics that require an excellent GPU; otherwise, you’ll lag between audio and video. You’ll hear the sound first, but the video is not moving.

How much Memory does Netflix use?

A Netflix is an online application to watch your favorite movies and serials; it does not require much RAM. You can easily play it on any computer or laptop having at least 4GB of RAM. Even if your system is old and has 2GB RAM, you can run it by closing all other tabs and applications.

You Might get some lag, but if the internet connection is good, Netflix will run smoothly.

Best ram for gaming and streaming

If you want to update your gaming system, we have brought the best RAM for gaming and streaming to save your time.

The time between when a command is entered and when the data is available is latency. That means you need to get RAM that has as low latency as possible. Low latency, fast processing, and quick work.

It is a dual-channel DDR4 RAM with 4000MHz of clocking speed which is impressive at this price. Moreover, its body is made up of alloy aluminum for a speedy heat sink that keeps your gaming setup cool.

To increase the aesthetics, the RAM is equipped with RGB lighting. Though it is a bit dim looks fantastic in transparent cases. And the most appealing thing about this RAM is its lifetime warranty that ensures your investment is safe.

The Trident Z Neo provides excellent value for money. For under $200, you can purchase a 32GB kit with a reliable brand name. Moreover, following the footsteps of previous generations, the RAM is specially built for gaming systems.

The exterior is made up of polished silver that has a unique heat spreader to maintain the system’s internal temperature. With a speed of 3200Mhz, this RAM is best for overlocking while gaming. You must have seen a picture of hardware burn because of overlocking, but this won’t happen with this Memory.

How much ram for streaming and gaming is an essential question for gamers and entirely subjective also. The ram requirement for gaming and streaming depends upon the game you want to play and at what quality you wish to stream it.

All these queries related to gaming have been answered above; I advised you to read them thoroughly before making any decision. But one thing is sure a gaming PC or laptop should not have 4GB RAM; it can burst and burn internal hardware. So it is recommended to have at least 8GB RAM.

I hope you like our review; if you want to ask or add something, kindly comment below. We appreciate your response.