If you are wondering where to find the right keyboard then relax. Here is the perfect guide to finding it. It should take you no time to make up your mind regarding a Logitech g512 vs g513 keyboard review comparison. You can easily use the guide to assess which one is better for you.

Let’s take a close look at the comparison to make a better decision. 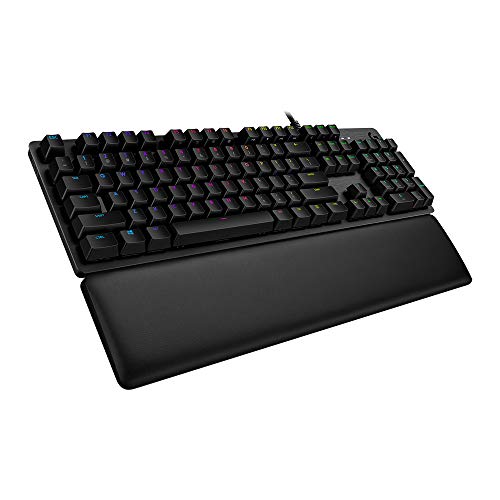 The Logitech G513 is a high-quality RGB mechanical gaming keyboard that offers the latest and improved technologies in a contemporary and minimal look.

This comes in many variations, including the GX Blue mechanical one. The keys and its switches promote you both tacitly and click feedback with a precision that you can rely on. This is ideal for designers and gamers who love their shortcuts. It allows you to heavy-duty typing with ease.

The keyboard can be fully customized from a full-spectrum of RGB lighting. Color code each key with 16.8 million fresh and unique colors.

The lighting improves your gaming experience. It is much more interactive than your standard gaming keyboards.

There is a standard USB pass-through port that allows it to be easier to plug into your mouse, memory drive, or phone for direct data transfer or charging.

This keyboard has an aluminum alloy top case which enables a blade like chassis and a classic brushed metal look.

There is ergonomic durable memory foam whereby the palm and hand rest keeps your arms and each joint until the finger in a resting position. You can adjust the angles according to the perfect position to input keys with super speedy precision and accuracy.

You can use this keyboard to maneuver the lighting, volume, media control, and other specs at your disposal. You can program the programmable functions on the F-row. You can choose from macro functions through the Logitech Gaming Software.

This keyboard is resistant to moisture, salty sweat and can be wiped in a single sweep of cloth. The keyboard has been constructed out of an aircraft-grade brushed aluminum alloy top case for premium protection. 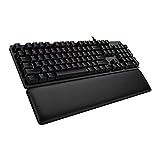 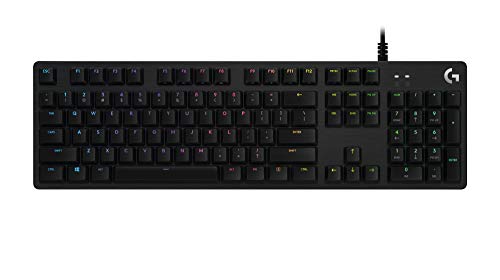 The Logitech G512 is also an RGB Mechanical Gaming Keyboard. This also offers the latest dynamic technologies in a contemporary and polished look.

The Logitech G512 delivers a 1-microsecond response rate. This comes with 3 Mechanical switches options-Romer-g tactile, Romer-G Linear or GX Blue, and customizable full spectrum colors which total up to 16. 8 million options. It has complete RGB Lighting with LIGHT SYNC.

You can enjoy USB pass-through and support for Logitech gaming software. G512 is a strong build quality.

You can also connect with your mouse, flash drive, or phone with great ease with the integrated USB port.

This uses an even stronger aircraft-grade 5052 aluminum top case. This is shocked and brushed for a torched, polished look.  You get a high-end style plus a strong life.

Logitech just recently put out their g5 12 carbon mechanical keyboard kind of right on the heels of the g5 13 and the g5 13 was unique in that it offered the linear romaji switch and this was kind of the first time that Logitech offered that linear switch with the proprietary romaji switches that they have so when they announced the g5 12 was coming with clicky switches.

I am doing a dedicated review for the logitech g5 12, I wanted to do kind of more of comparison in just a general overview because the g5 12 you’ll see is very similar to the g5 13 and realistically just kind of comes down to a few features that you won’t find in the g5 12 that you get with the g5 13.

But, I want to kind of dive into what is in my eyes the most exciting part about the g5 12 and that is the GX blue clicky switch.

So going back to what I said originally about the romaji switches and having a clicky one the first thing you’ll notice when you pop a keycap off on this keyboard is that they are your classic kind of MX style switches they’re not clicky Roemer G switches.

And when I was at e3 a couple of weeks back I actually had the opportunity to meet with Logitech’s one of the engineers that actually designed some of their peripherals and I asked him about why the switch is not a clicky romaji style switch and he told me that basically the way they designed that switch.

There’s just no room left in it to put that clicky mechanism it’s just physically impossible so when they came down to designing the clicky switches for their keyboards they had to kind of go with the more classic approach.

Now as for the stats on these switches, they have a 1.9-millimeter actuation and a four-millimeter total travel distance with a 50 grams actuation force with a lifespan of 70 million clicks, Now if that sounds familiar to you that is because those are the same exact specs that you’ll find on the Razer green switch.

Now what’s even more interesting is that the Logitech GX blue switch is actually made by kale and you can actually see the kale branding at the bottom of this way which just so happens was also.

The manufacturer originally of the Razer green switch before they move on to different manufacturers so kind of you know talking about how the switch performs.

I mean really if you’ve used the Razer green switch I mean you basically use this switch on the Logitech board itself comparing one thing that I was most interested in was what is the lighting going to be like for the g13 which uses the Romer G which the big thing is the light pipes in the middle of the switches that really illuminates those keys versus going back to the classic MX style switch with the LEDs at the top is that really gonna affect the lighting.

If I look at these two boards side-by-side will I notice much of a difference and the answer there is kind of yes and no and the big reason for that is that the keycaps on the g5 13 have those characters right in the middle of the keys and of course that’s so that light can go through the light pipe and illuminate those keys.

Whereas on the g5 12 they’re kind of in the classic spot that you would find them on most keyboards which is kind of near the top lighting wise it’s about the same they’re both vibrantly lit all of the keycaps are well illuminated all those characters are filled out but another thing you’ll notice.

As well as on the 512 the secondary characters are not illuminated as well much like Razer keyboards are and so that’s a little bit of a bummer when going from the g5 13 where all of the characters are illuminated even the little ones on the side for the media keys as well.

So it’s you know not quite the same experience that you would be used to now as far as typing experience goes they are a nice light clicky switch they do have a really really fair amount of key wobble which was also coincidentally a big issue ahead with Razer switches as well now that they have those walls on the side.

It’s not as big of an issue anymore but these definitely feel like kind of Gen 1 clicky Razer green switches and you know it’s not too you know kind of harp on them for that or anything as far as that goes, but really what it all comes down to is that’s basically the exact same switch that’s in this board.

That’s just what it is and with three Logitech switches we’ll start with the GX blue and move through the tactile to the linear Roemer G’s as well so you can kind of just see the whole catalog of Logitech switches so now that we’ve kind of talked about that.

Let’s go over just a little bit about what the difference is between the g5 13 and the g5 12 are I do share a couple of similarities they both have that nice brushed aluminum kind of carbon-looking backplate they have these same logos up in the top right corner.

Both of them do not have macro or media keys dedicated and they both have that nice rainbow LED indicators but still, the g5 12 doesn’t have indicators for all the functions which I found a little bit weird which was the same thing that I said about the g5 13.

They both also have the USB pastor of the top right corner and really you know what we can kind of figure out from that is that it uses the same exact chassis that the g5 13 does and the main things that it comes down to are the extras that you get in the box.

So with the g5 13 you also get that nice pillowy wrist rest and also the set of extra keycaps you’ll also notice on the bottom as well it’s got the channel for the cable routing in there and you’ll find that on the g5 12 and the g5 13, of course, I’ve also already done a dedicated full-length review of the g5 13.

so if you guys want to kind of see more of what I’m talking about I’ll link that down in the description below so let’s talk dollars and cents here’s the g5 13  which is appropriate because it comes with the extras and I also think that those romaji switches kind of justify a little bit higher price.

there moving on over to the g5 12 this one is a  which considering you get the USB pass-through and it’s got a nice minimalistic design with the brushed metal backplate and pretty well-illuminated keys it’s got a nice clean look to the board the fonts nice and simple I don’t think that that’s an unfair price.

I’ve definitely played around on keyboards that are more expensive that don’t feel as quality now unfortunately I can’t really endorse the new GX clicky switch as much as I would like to because as you guys know I’ve already kind of had issues with the original RAZR green switch and essentially this which has all of the exact same specs the only real difference is that the plastic that makes up the stem is blue instead of green.

If it was me and I was kind of talking to you guys about which one of these keyboards you should buy if you were considering it unless you really like clicky switches and you wanted to keep things all in the Logitech family I would really recommend going with the g5 13 over the g5 12  even though you’ll only really get the wrist rest and the included keycaps.

Just having the experience of the Romer G linear and the Romer G tactile are very solid switches that I’ve always said are some of my favorite switches out there and just kind of going over to the Blues I don’t know guys I just think that for the price you’re so close to getting the full-blown g5 13.

That’s what I would recommend but I want to know what you guys think as well so let me know in those comments down below what you think about the new GX blue switch are you happy seeing Logitech tries to move into another direction and offer a different type of switch are you disappointed that there wasn’t a clicky romaji you know let me know what you guys think but anyways guys that’s it for this quick comparison again if you want to learn more about the Logitech G513 .

This G512 vs G513 Review and Comparison ( Detailed Discuss ) article covers this product in detail which allows you to decide that you should invest your money in it or not. 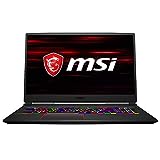 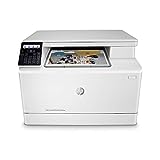